What are the salary rates in Japanese companies? 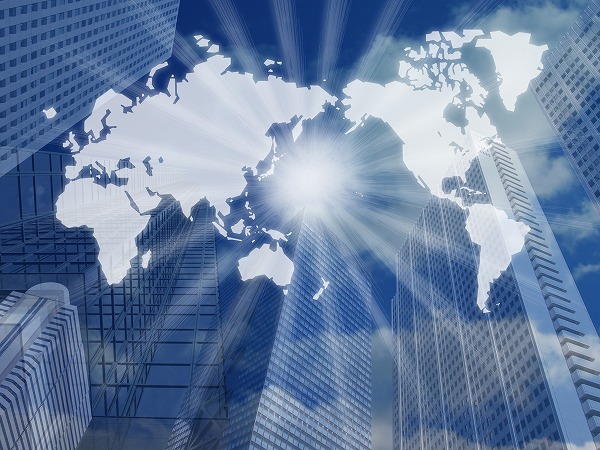 Read this article to study Japanese and get JLPT N1

There are many foreigners who are currently working at foreign-affiliated companies in India, the United States, etc., and want to continue working in Japan.

However, it is extremely difficult to change jobs from a foreign-affiliated company to a Japanese company.

Even if the person himself/herself is really skilled, even if the level of Japanese is high, Japanese companies will not hire him/her.

The truth is that they want to hire them, but they can’t do that.

In this article, I will explain in detail why it is difficult to change jobs from a foreign-affiliated company to a Japanese company, so please read to the end.


due to unsatisfactory conditions

In the first place, there is a difference in salary rates between foreign-affiliated companies and Japanese companies.

They can’t send out the salary you are getting.

So, even if you get a job offer, you feel that your salary is lower than you expected.

Many foreigners really want to live in Japan forever, so they want to work for a Japanese company.

But the salary is so low that they have to decline.

Let’s compare the market price of each salary cucumber.

There are not that many Japanese people who receive an annual income of 5 million yen from a Japanese company.

In terms of monthly income, most people earn less than 400,000 yen.

Annual income of 7 million yen is a high-class person such as a company executive, or a general manager.

In other words, if a person who is working at a foreign-affiliated company changes jobs to a Japanese company, they are expected to reduce their annual income to some extent.

If you don’t want to lower your annual income, you have no choice but to change jobs to another foreign-affiliated company or stay at your current job.

Of course, if you work for a manufacturer such as Toyota or Sony, the salary will be high, but the almost all manufacturers don’t hire foreigners in the first place because of a language barrier.

The job offer rate of new foreign graduates who graduate from Japanese universities tends to be higher than that of foreigners who change jobs from foreign companies.

There are three reasons why.

② They are 22 years old and still young, so they can grow

③ Since they have not learned anything yet, it is easy to conduct training and guidance.

Of course, there is a need for ready-to-work human resources with experience and skills, but they cannot be hired if the salary is high.

For example, you want a car.

No matter how much you want to buy a car, if the price is too high, you can’t buy it even if you want it, right?

And since he is still a new, he can be dyed in the color of the company.

So in many cases, new graduates are hired instead of foreigners.

In Japan, there is a word called “seniority system”.

◆ What is the seniority system?
It’s a system where the older you get, the more you get promoted and the higher your salary, regardless of skill or ability.

For example, you have been working as an engineer at a foreign-affiliated company for five years.

You are highly skilled and has a wide variety of experience.

However, no matter how much skill or experience you have, if you change jobs, it will be your first year.

Even if you compare it with someone who has been in the same job for 5 years, your annual income might be slightly lower.

Of course, a certain amount of experience is taken into consideration, and there are companies that abolish the seniority system and raise the salaries of people with skills.

In addition, in Japan, there is a word called “public image” in corporate culture.

◆ What is public appearance?
I really want to do this, but I can’t because I care about the eyes of those around me.

Even if the skills are high, why do people who don’t work here shorter than me receive higher salaries than me?

If you look at the long-term situation, the longer you work, the higher your salary will be.

In the first year of employment with a Japanese company, you cannot expect to earn much salary.

If you still want to work for a Japanese company, please keep the following two things in mind.

① In the first place, the wage market is different between foreign-affiliated companies and Japanese companies.

② Some companies have a seniority system

If you want to change jobs to a Japanese company, first of all, thoroughly research the company in Japan.

After researching, make a decision whether to change jobs or stay at the current company.

In some cases, annual income increases

Salaries and annual income vary greatly depending on the company and the place of work, so it is not possible to say in general terms, but when you change from a foreign-affiliated company to Japanese company, the annual income can be maintained at the current level.

However, only N1 Japanese level and JLPT qualification are required, such as skills and management experience.

If you have skills and experience worth paying 6 million yen to you, and if you can tell company how to make use of it, it will be seen as having a high market value.

Then your annual income will increase.

If possible, prove that you are more skilled than any other employee and that you can manage a large number of Japanese employees and lead the team to achieve their goals so that your salary will go up.

Also, if you can generate a profit of 18 million yen a year, your salary will go up.

Doing so will increase your annual income.

Annual income and salary are determined by the company, so please use this as a reference only.

And of course there are foreigners who receive more than 6 million man.

It seems that a certain amount of sacrifice is necessary, such as a hard job.

Unfortunately, there really aren’t any jobs in Japan that allow you to earn money easily.

If you want a high salary, let us know the reason.

And let’s properly communicate how you can contribute to the profit of the company.

By doing so, you can expect an increase in annual income by changing jobs.